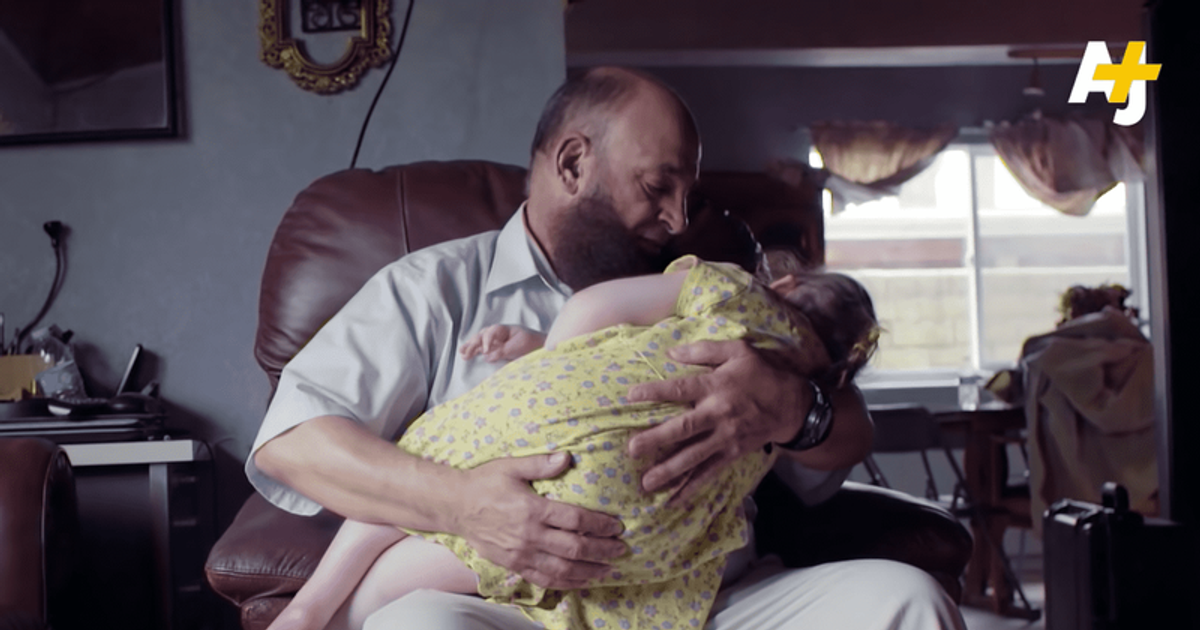 Mohamed Bzeek came to the US from Libya more than 40 years ago to pursue a degree in electrical engineering. In 1997, he married Dawn, his late wife, and became a citizen. The Bzeeks fostered many children during their marriage, offering a home to those who would never otherwise find a home.

Adam, 19, their biological son, was born with dwarfism and brittle bones. He was so delicate that even simple actions like changing his diaper could break his bones. Despite this, the Bzeeks were tailored to their unique requirements. Dawn became seriously ill in 2000 with disabling seizures caused by blood clots in her lungs. She succumbed to her illness and died in 2015. Mohamed bravely made the decision to carry on his wife’s legacy on his behalf.

As a single father, Bzeek continues to care for the sickest children in Los Angeles County’s sprawling foster care system. “In 1995, we decided to adopt orphans left in hospitals or separated from their families by the state due to violence and pressure,” Bzeek explained. “The only house that accepts orphans and dying children in Los Angeles is my house. I have dealt with 80 children since 1989. Ten children lost their lives in my arms”.

Do you remember the award-winning TRT World documentary “Guardian of Angels”? The gatekeeper, Mohamed Bzeek, ​​paid a surprise visit to TRT World. Let’s review the moving story of him. pic.twitter.com/sQCK7djqNa

The widower lives in Los Angeles, where he is one of the few adoptive parents who only takes care of young people who are on the verge of death. His story came to light when the Los Angeles Times published an article about his efforts in 2019. The Diyanet Foundation awarded him the International Benevolence Award and Ensar Altay recently finished filming a documentary about him.

Bzeek is licensed by the State of California to provide care to medically vulnerable children when their own families are unable or unable to do so. The Los Angeles Department of Children’s Services works closely with him. “They tell me when the children are about to die and ask me if I can adopt them. They know that I do not hesitate to accept. If not, they are sent to hospitals and have no family or home. However, when I take them, a familiar atmosphere is felt. They feel safe and are loved until the end of their lives.”

Mohamed Bzeek, ​​a widower with a disabled son, has been a foster parent in Los Angeles since 1989, caring for more than 80 terminally ill children. Even while he was undergoing cancer treatment.

It only takes in children with terminal illnesses.

More information in the links below. pic.twitter.com/PzPIyIiuxW

According to Rosella Yousef, deputy regional manager for the unit, of the 35,000 children overseen by the county’s Department of Children and Family Services, about 600 are currently in the care of the division’s Medical Case Management Services, that provides care to people with the most serious medical needs. Foster parents are desperately needed to care for these children.

“If someone ever calls us and says, ‘This child needs to go home to hospice,’ we can only come up with one name,” said Melissa Testerman, who finds places for these terminally ill children in her job as an intake coordinator. from DCFS. “He’s the only one who would accept a kid who couldn’t possibly make it.”

Bzeek currently cares for a 6-year-old blind, deaf and paralyzed girl with a rare brain condition who needs 24-hour assistance. He said, “I know she can’t hear, she can’t see, but I always talk to her. She has feelings. She has a soul. She is human.”

According to Bzeek, ​​taking care of those who are in such bad shape is a terrible task, especially when you are constantly aware of how little time you have to spend together and how valuable that time together is. “I know it’s anguish. I know it’s a lot of work and I know it’s going to hurt sometimes. You know, I feel sad. But, in my opinion, we should help each other, you know?

“The key is that you have to love them as if they were your own,” Bzeek said recently. “I know they are sick. I know they are going to die. I do the best I can as a human being and leave the rest to God.”