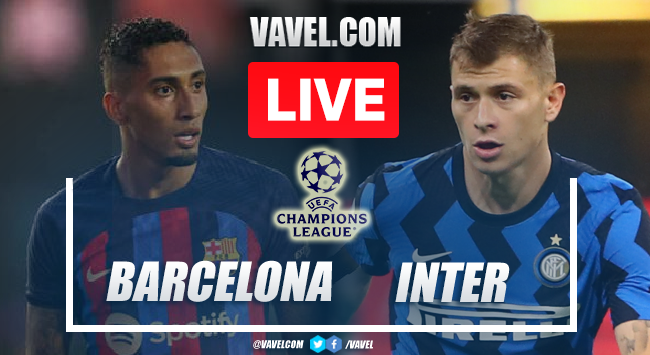 xavi spoke ahead of the match against Inter: “We expect an Inter similar to the one in Milan. They are defensive and we have alternatives. We have to look like the Barça of the last 30 minutes in Milan. We have to attack better”. There is no margin for error and hopefully it will be a magical night.”

“It is transcendental to continue in the competition. We didn’t do homework. We’re in an awkward position and it’s a final.”

“I manage it by being positive. There is pressure and difficulties, the situation is uncomfortable but we will face it being brave and with personality. I give affection to the players so that they are positive and see it as a final”.

“I think the fans have understood. Tickets are sold out. There have been very good moments. It must be a cauldron from the first moment.

“I am always optimistic. There is no need to lower the intensity or the guard. There is talent and desire for revenge for what happened in Milan. We have to give everything so that the victory stays here”.

“Tomorrow we won’t have him, unless there is a surprise. By Sunday it may come. It will depend on how he feels. I think he’s fine.”

“I think it is knowing the diagnosis of what happened to us. We lower the intensity in the high pressure and in the pressure after a defeat. Celta plays very well and takes away your personality. We have to press high tomorrow and always”.

“We have 90 minutes. We have to be calm and attack well, and know how to position ourselves defensively and offensively. We have to be patient. They will close and we have to look for spaces. I am optimistic”.

“I tell them that it is a final, that we have to be positive. I tell them that the pressure is on me and that they enjoy a full Camp Nou. If we win, imagine. We have to change the dynamics of this Champions group. .”

“We have to improve that with individual marking we play less. We have to dominate more spaces inside, shoot from outside, offer more… the 5-3-2 makes you. There was a lot of heads-up play.

“Playing well is dominating the game, submitting the rival, having possession… But I understand other concepts and there is room for everyone. That’s why I’m not satisfied with the second half against Celta. We have to play like we did in Milan, but attacking better, pressing after a loss.