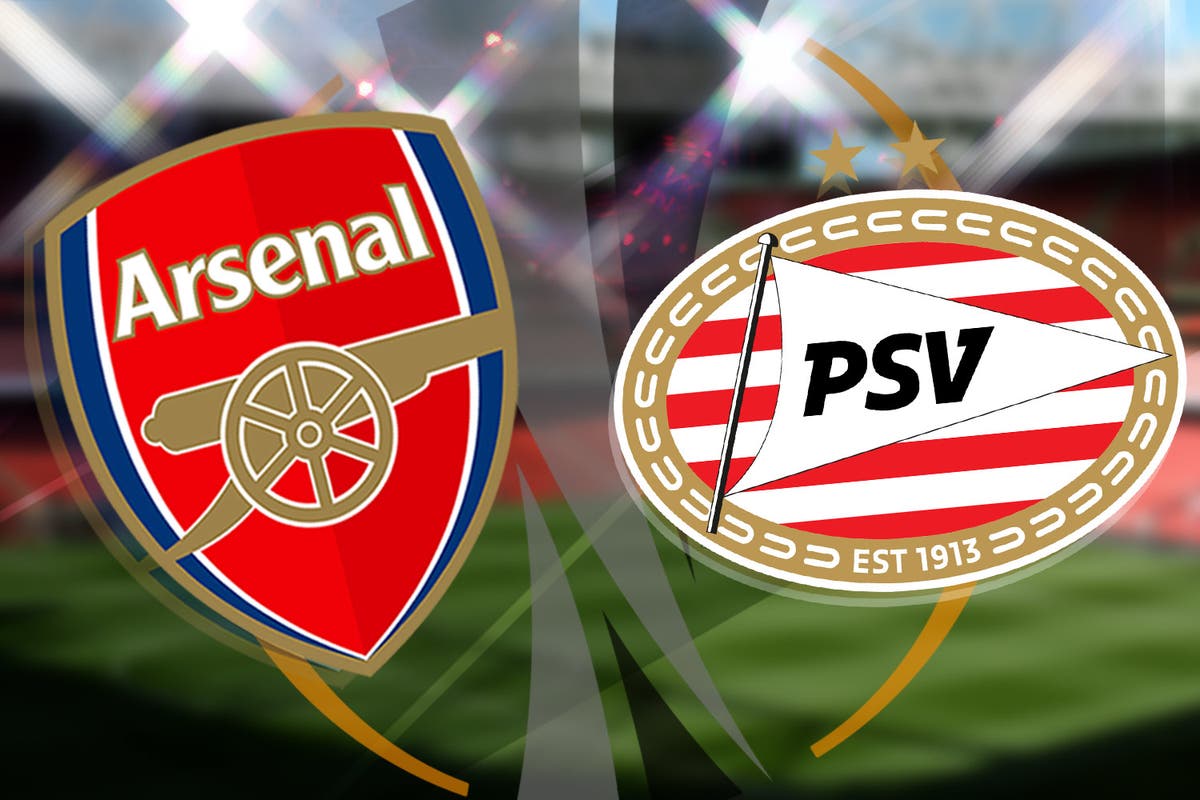 Arsenal can book their place in the Europa League round of 16 with a victory over PSV on Thursday night.

The Gunners have won all of their games in Europe so far this season, sitting top of Group A ahead of PSV despite the two teams playing just three games.

That’s because this game was postponed after the Queen’s death last month, and pushed onto the schedule for Thursday after the Gunners’ clash with Manchester City was moved to make room.

While Mikel Arteta’s side have been incredibly impressive so far this campaign, they put in probably their worst performance of the season against Leeds last time out, and were lucky to leave Elland Road with all three points.

PSV arrive in North London as big underdogs but know they will overtake Arsenal in the group if they walk away with all three points.

Arsenal vs PSV is scheduled for a 6pm BST kick-off on Thursday 20th October 2022.

The Emirates Stadium in London will host the match.

Where to watch Arsenal vs PSV

Television channel: The match will be broadcast on BT Sport 1 with coverage starting at 5:30pm BST.

Live broadcast: BT Sport subscribers can tune in via the BT Sport website and app.

Live blog: You can follow all the action via the Standard Sport live blog.

Oleksandr Zinchenko remains a doubt for the Gunners as he continues to battle a calf problem, while Mohamed Elneny and Emile Smith Rowe remain long-term absentees.

Arteta named a strong team in Norway against Bodo/Glimt and may choose to do so again to seal the Gunners’ place in the Round of 16. Even if he does, the likes of Matt Turner, Albert Sambi Lokonga and Eddie Nketiah will be hoping to start.

Cody Gakpo, who was linked with a move to Arsenal in the summer, should start as he looks to add to his tally of three goals and an assist in the group stage so far.

Olivier Boscagli, Marco van Ginkel and Luuk de Jong are among those on a long injury list for the visitors ahead of the match.

Arsenal have not been entirely convincing in their last two games, doing enough to get past Bodo/Glimt and Leeds.

But back at the Emirates, where the Gunners have an excellent recent record, Arteta’s side should have the firepower to overtake PSV and maintain their winning streak in what will be an entertaining fixture.